by Ruth Finlay and Miki C. 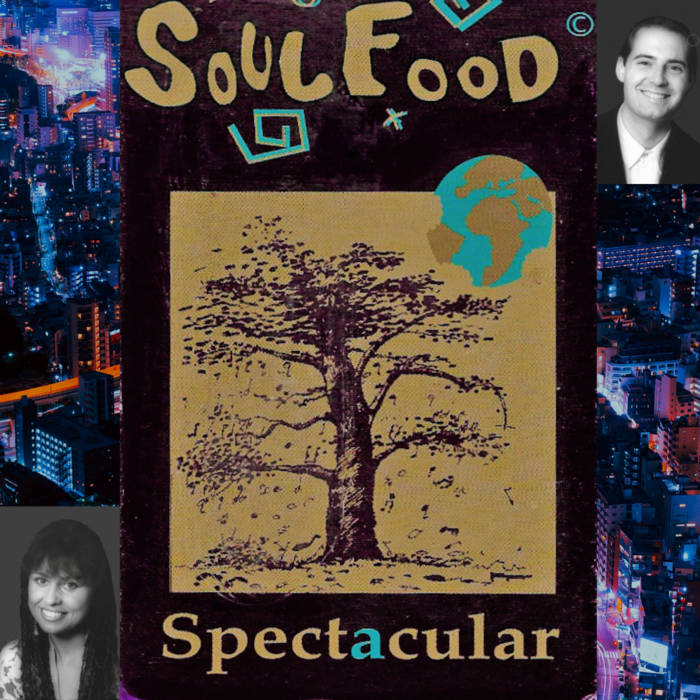 The music in "Soul Food Spectacular" is Miki C's (Michel Ciccirella's) and Ruth Finlay's creation in the early 90s. Miki is pronounced "Mike-ie"

The music was never published or released except for a brief time to record companies. Miki C. and Ruth archived the demo tapes in 1994 and went on to a number of other projects. December 20, 2018 is the first time "Soul Food Spectacular" has been made available to the public.

The themes of the Album are romantic love, philosophy and social justice. There were two extraordinarily talented musicians working with us.:Patrick Stephenson and Thomas Duffin.

Miki C. worked all the tracks in his own studio in Scarborough, Ont.on his Sound Craft 16 track analogue-tape board. His studio was called "This is it", Our work was meticulous and detailed taking many months to perfect. There were layers of vocals, reams of samples--many of them which we created ourselves-- and many "punches" (to save ourselves from starting at the beginnings of songs when we were taping). Miki C. was a master at nailing the punches and creating invisible edits and brilliant cross-fades.

This unique and original music is finally, after almost 3 decades, being released from the archives for the enjoyment of our families and friends -- and anyone else who is nostalgic and still passionate about the incredible grooves and cool sounds of the early 90's.

Thomas Duffin: electric guitar on "Passacaglia", "Cry with Me", supporter and dear friend

The voices of the children on "Cry with Me" are actually my boys, Simeon and Jesse; and Tom's two kids, Jasmine and Dennis

Ruth Finlay is a Toronto musician who follows her heart and sings her Soul Song. Visit Ruth's website here:

Ruth Hughes is her maiden name and she published the album "Awake North Wind" in 1976 under that name. Ruth has created a CD from that album to be released soon.

Bandcamp Daily  your guide to the world of Bandcamp